I like to think of myself as someone who is spontaneous and over-analytical... two traits that rarely harmonize. I have no scientific explanation as to who, what, where, why, when, or how I decide how long something deserves my attention. It just happens. I can either say, "Yes. Okay. That'll work." or spend hours, days, or weeks picking apart the smallest detail on something that most people would say, "Why?"

Spontaneity is fun, hence me jumping at the chance to co-drive Jake's STI at the The Tire Rack® SCCA Northeast Divisional Solo Championships in Ayer, Massachusetts. My S2000 CR is more than enough fun locally, but without Hoosiers it wasn't worth driving up. Plus, Street Touring Ultra is always chock full of excellent competitors... so why not take a stab at it?

I have been fortunate enough to own both a 2004 STi and a modified 2006 STI so I knew what to expect as far as power delivery. What I didn't expect was how spoiled I've become to superquick steering racks. My 2006 Evo RS, a 2008 Honda Fit(yes, at a ratio of 12.8:1 and 2.4 turns lock-to-lock) and now a S2000 CR all have excellent steering characteristics. Further, the Hondas have some of the best shifters on the planet(more on that later).

A college friend of Jake allowed us to stay at his place in Boston which was approximately 50 minutes away. (Thanks Joe!) We crashed early on both Friday and Saturday night, to only be greeted by drunken urbanites screaming, fighting, arguing and playing loud music... it was as if by 2 a.m., someone had turned on a switch labeled 'Wake Up Mother F%^#$s!!!!!!'.
Joe, a college student and a new tenant, is going to have a lot of sleepless nights with the windows open.

Saturday: Wake up, drive to the site(stop for coffee, water and anything with sugar in it), sticker the car, put the numbers on, put the dump pipe on, tighten a loose diff mount bolt, walk the course, get in the mode. I have only driven Jake's car two or three runs last year and it was vastly different. What was on stock shocks, lowering springs, and different wheels/tires is now on a proper coilover suspension with 9" wide wheels and Dunlop Star Specs. To add to that, I had only 4 runs Saturday and Sunday to figure it out.

The site at Devens is something that everyone in the New England Region SCCA had better appreciate while they have it- it truly is one of the greatest places I've autocrossed on. The surface grip was stellar, the sheer size of the facility was excellent, and the course designs both days were engaging and fast to say the least. We were well into third gear on both days, with Sunday being the faster and consequently shorter of the two courses. It's a damn shame we live four hours away. 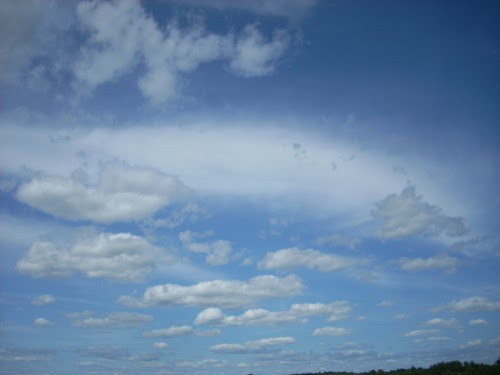 We were running the first session of three, while working the last.
With forecasts calling for 80° and sun, it couldn't be more perfect. Or could it?
Cars classed in STU range from Evos and STIs to Mustangs and Camaros. It really should be labeled Spec Evo/STI as nothing else really stands a chance competitively. Occasionally, a hotshoe in an E36 M3 will come along though. There are ten cars registered in STU for this event and 90% of them are Evos and STIs. The loner, a Camaro, was driven by a nice guy named Troy, who was also wearing a cast, on his right leg I believe.

So I took to 'tire warmer' duty and ran #97 while Jake ran #197.
My first run: "A sloppy mess as I was late on everything- think back to the steering reference and add to that my inherent stubborness to slow down when tires are making funny noises."

Second run: "Took some aggression off, still late on most elements, need to dial it back."

Third run: "Okay, starting to learn this car's habits, need to stay clean but also need to be fast. Better."

Fourth run: "Kept it clean, not perfect by a long shot, but still good for third place going into Sunday."

Four minutes on Saturday was no where near enough time to get comfortable, or more importantly confident, with Jake's car. It is a humbling eye-opener to watch some autocross greats such as Mark Daddio, Pat Salerno, or our own Perry Aidelbaum jump behind the wheel of ANY car and drive it to within 95% of it's capabilities. It takes discipline and a strict adherence to the following saying, "Go slow in the slow, fast in the fast". I sometimes battle with both the former and the latter because I just want to drive fucking fast, all the time. I think I do pretty well though considering that I usually show up to events with vehicles that are totally stock and on street tires.

Jake put down raw times that bested the entire STU field on Saturday. Unfortunately, all Saturday's runs were dirty for him going into his 4th run. Naturally, he dialed it back a bit a laid down a not-as-fast clean run which put him into fourth place going into Sunday. Being fast in this sport involves a mental and physicaly orgy of nerves and skill, and the reality of inches. Sometimes just skimming past a cone will wiggle it, or punt it. Sometimes running it completely over will smoosh it pancake-style while then instantaneously erecting itself to its prior, unmolested state... and completely in the box. (Sarcasm meter pegged, see Finger Lakes '09 event blog below for details on that).

Sunday: Wake up, get coffee, walk the course, blah blah blah. I needed to make up just over 0.75 seconds on the leader while Jake needed 0.86 seconds.

First run: "Car feels good, still late on elements in the beginning, slow it down coming out of the box next time."

Second run: "Okay, you don't listen, slow it the fuck down coming out of the box because you just screwed up what was a pretty damn good run."

Third run: "Oh great, damn shifter will not engage third for me, coasted about 160 feet entirely through a slalom with the clutch in. Please find third gear next time because you just blew that run."

Fourth run: "More of the same. Exactly the same... plus coasting, clutch in, through the finish. Ugh. Pack it up loser and tell Jake he needs shifter bushings."

'Shoulda-Coulda-Woulda' all the way home and to my co-workers the next day. Oh well. It still irks me as to what I would've run had I gotten into gear though since I still ran a 53.192 to Jake's 52.250- the fastest time in STU on Sunday.

Jake also cleaned it up on Sunday, and put down his fastest run on his third attempt, just as it should be. It narrowed the gap between himself and the leader, but not enough to take the lead overall, finishing second. Results are below.

I would like to thank Jake again for letting me drive his car for this event.